HOW FICTION SAVED THE WORLD

"On Sunday, 9 February 2020, the New York Times reported that Yuval Noah Harari's Sapiens: A Brief History of Humankind, had been on its nonfiction best-seller list for 91 weeks. At the centre of this book is an idea. It is that, sometime between 70,000 and 30,000 years ago, we humans who had previously discovered how to make stone tools and fires, invented... stories...

"...Our next step, as humans, Stanovich suggests, is not just a revolution but a rebellion. We humans have become the first genetically engineered vehicles that do not need simply to be controlled by genes. By thinking, by imagining possible futures, by making plans, by cooperation with others, in some aspects of life we can choose for ourselves what to do. Although we are robots of our genes, to think and to choose for ourselves has become our collective rebellion. We have started to direct ourselves, and not just in such matters as birth control.

"And how do we do that? It may be helped by writing and engaging in fictional stories, about possible states of our human world. So in George Eliot's Middlemarch, Dorothea Brooke asks Tertius Lydgate: "What do we live for if it is not to make life less difficult for each other?" (Ch. 72, p. 789)."

This is from my favorite blog: ON FICTION

Are Artists Liars? Ian Leslie on Storytellers, Liars, and Art

"Of course... actors, playwrights, and novelists are not literally attempting to deceive us, because the rules are laid out in advance: come to the theatre, or open this book, and weʼll lie to you. Perhaps this is why we felt it necessary to invent art in the first place: as a safe space into which our lies can be corralled, and channeled into something socially useful. Given the universal compulsion to tell stories, art is the best way to refine and enjoy the particularly outlandish or insightful ones. But that is not the whole story. The key way in which artistic "lies" differ from normal lies, and from the "honest lying" of chronic confabulators, is that they have a meaning and resonance beyond their creator. The liar lies on behalf of himself; the artist tell lies on behalf of everyone. If writers have a compulsion to narrate, they compel themselves to find insights about the human condition. Mario Vargas Llosa has written that novels "express a curious truth that can only be expressed in a furtive and veiled fashion, masquerading as what it is not". Art is a lie whose secret ingredient is truth."  Read the whole article HERE 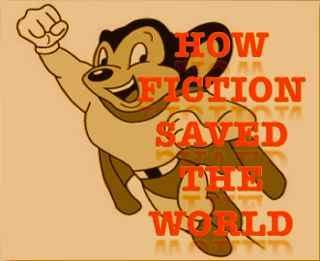 In a world careening madly toward the brink of total annihilation, what if it turns out to be you, the bespectacled bookish little storyteller, that is the real Mighty Mouse who's come to save the day?

Realize your life's purpose as we take a look at storytelling in the context of natural selection, to see how the reading and writing of stories contributes to the evolutionary fitness of the human individual.

Discover your own inborn superpowers as we examine the connection between brain function and literary creativity.

Polish your skills with a deeper understanding of point-of-view and the narrative consciousness you will use to entrain yourself and your readers in the fine arts of empathy and compassion.

Look in the mirror to see for yourself how consciousness is illuminated through storytelling and how fiction offers both its creators and its consumers an escape from an impoverished reality into the larger world of healthy human possibility.

Join me here on a hero(ine)'s journey across the heady territories of Rabbit Holes and Strange Loops, Literary Darwinism, Fictive Consciousness, and more... 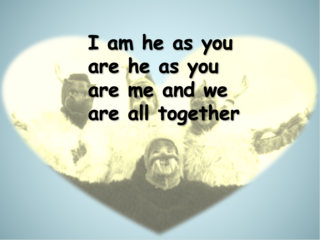