It's Not About The Dog: Stories 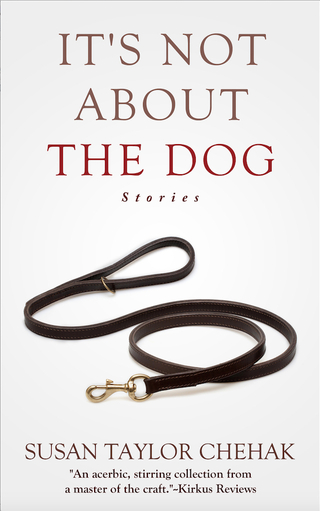 "A woman hosts her free-spirit sister, who has returned home to deal with a family crisis. Another copes with her husband’s violent death while his mistress, who witnessed it, collects all the sympathy. A husband and wife, both on their second marriage, confront what makes them need to be with someone. In these 17 stories, Chehak delivers a passel of perspectives from the wiser sides of love and death. Her protagonists are largely in the second half of life; they have reached maturity and yet they are no less hungry for understanding. Generally, they do not react to specific problems in their lives but rather to the aggregate problem of life itself. A wonderful sensation of numbness pervades the stories: Readers don’t witness events so much as sift through memories of them. It is not that Chehak’s characters are unreliable; they simply aren’t interested in feeding the reader a straight account. It’s a haunted world of incidental music half heard or imagined, of tragedies witnessed from a distance or not at all. Characters tread through their realistic, complicated inner lives with a fatalistic sense of humor. The prose is a delight of turned-in logic and vernacular philosophy, allowing the occasional halting statement of bleak brilliance. Never predictable, the narratives twist to unforeseen ends: Characters prove to be not as petty (or far more petty) than previously believed. There is an emotional truth to their lives that readers might like to reject but can’t. Despite all the ways men and women dress themselves up, in houses and marriages and careers and middle age, they can’t help but remain self-preserving beasts at heart. The turns these stories take, structurally and emotionally, prove that Chehak is not only a daring literary artisan, but a connoisseur of human frailty. An acerbic, stirring collection from a master of the craft." -Kirkus Reviews