The Minor Apocalypse of Meena Krejci 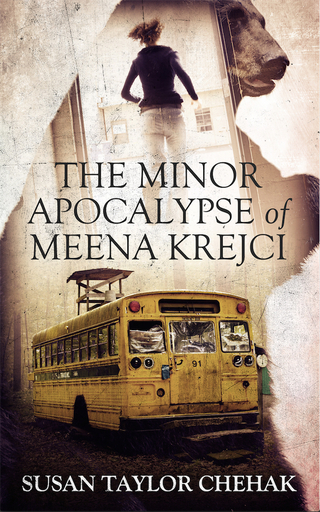 "It begins like a storm—with that pensive heavy stillness of dead air pressing in, with a soft rustle of the wind just barely stirring in the trees, a bruising over of the summer sky, a somber gray and yellow horizon glittery with lightning, bloated full of thunder, swept by sheets of rain—it begins when old man Krejci bumps his head. And then—like that same storm spent, blown past to leave the ground and the air around feeling new and fresh and washed crisp clean—the next morning when Meena peeks into her father's sun-spilled bedroom to find that he has not moved, but is still lying on the bed with his head flat back on the pillow, in just exactly the same way she left him there eight hours before, everything will be changed..."

It begins when Meena Krejci, not sure what to do and fearing she'll be blamed for the injuries that have caused her father's death, panics and takes flight, driving west across Nebraska and into Colorado, where she encounters an apocalypse-predicting madman, his captive sister—the troubled young woman in whose release Meena will create a violent version of rebirth for herself—and a bear.

Told through alternating narratives—a portrayal of the last few days of Meena's life and an account of the events in the past that have brought her to where she is now—this is the story of a woman running away from home for the first time and the strong, nearly universal desire to shed one's identity to become somebody else.